In the words of Coach Cherry: "Be Nice" 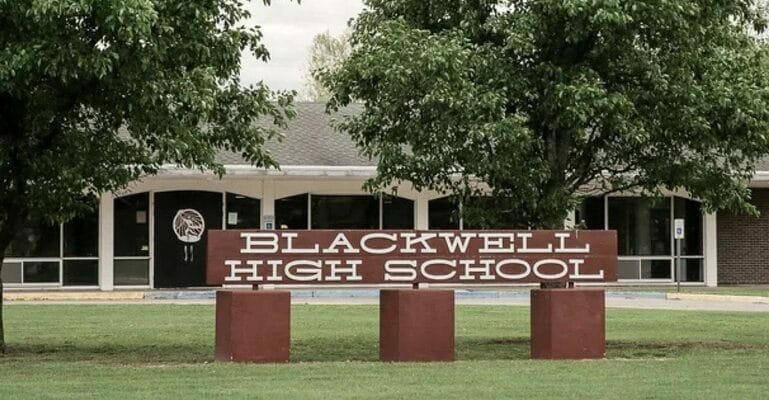 Another school year is upon us. What’s the most important lesson we’ll learn?

If I may be so brutally honest, the only things I remember from math classes are basic addition, subtraction, multiplication and division – and the torture of learning about calculus.

I don’t remember the most poetic words of Shakespeare, the name of the leading generals in the War of 1812 or the components of the bovine digestive system.

The last two years have been tough on everyone, and if there ever was a time to show kindness to others, it is now.

A new school year is a time for people to make new friends, reconnect with old ones and learn more about the people around us, whether they’re peers, teachers, custodians, you name it.

It’s especially important that we treat others kindly if we’ve never met them.

In the small towns we live in, new folks don’t know us like we know each other, and we have a duty to extend to them the same hospitality we show our longtime friends.

After all, isn’t that what Midwesterners are known for? I was never the “new kid” at school. I spent my entire life in Blackwell Public Schools, but I’ve seen a lot of new faces come and go through the years. Some became my best friends; others faded into the crowd.

We never know who might make a great friend, so it’s important for us to talk to the people we don’t know. We’ll probably walk away from the conversation more fulfilled.

Perhaps the most important reason we should always treat folks nicely is because we have no idea what they’re going through.

It’s a sad fact that suicide has become a major problem in this nation, even among children and teenagers. So has depression and other serious mental health issues that leave people feeling sad, lonely and unloved.

My grandfather, a longtime pastor, put it bluntly to me one day: Be kind to everyone you meet, because you never know when someone is thinking about ending his or her life.

It’s tough, but it is reality. However, by simply by smiling and taking the time to say “Hello” to someone, we can show them that we care. That’s the least we can do. These bits of advice apply not only to returning school children.

I’d challenge any adult to do the same. Maybe you’ve got a new coworker or neighbor. Be the first to extend the olive branch and create a meaningful friendship.

All too often, we assume people already have good “networks” of friends and family members when they really don’t. A good friendship can change a person’s life for the better; be that force as you’re able. (And we’re always able.) I’d also like to caution my fellow small-town dwellers against a common, albeit scornful, habit: Getting into cliques.

One’s middle and high school years are the worst for creating selective groups and refusing to socialize with anyone else. This not only prevents people from making potentially wonderful friendships, but it also excludes people from our lives who may truly need a helping hand and a warm hug.

What a blessing these things are to offer – and what a shame they would be to turn away, especially when we can give them freely. In a lot of small towns, those cliques seem never to go away because many small-town, small-minded people never quit acting like they’re still in high school.

So, as Barney Fife said in “The Andy Griffith Show,” let’s “nip it in the bud” and prevent those cliques from forming in the first place. None of this is to run down our town or any other place. Rather, it’s a challenge to rise above the negative stereotypes that surround small communities and make them better places to live.

We can make our towns and schools better without raising taxes, paving roads or knocking down abandoned houses.

We can choose to welcome new people into our lives and treat them as Jesus wants us to. Long after we’ve forgotten everything we learned in class, we’ll still have the friendships we formed in high school, college and beyond if we’ll treat people right.