Whatever happened to the "Netflix" TV series filmed in Newkirk? 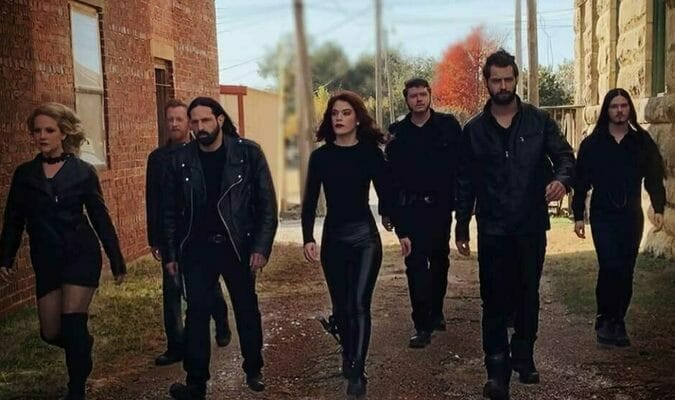 Whatever happened to the Newkirk TV series?

Years ago, Kay County as abuzz with reports that a Netflix TV series would be filming in Newkirk, Oklahoma.

In August 2019 the Courier-Traveler, a newspaper publication based out of Ark City and covering news in the Ark City / Newkirk area reported that the Netflix series would be filming that year with a release date of February 2020.

The series did film in Newkirk that fall...and then seemingly vanished.

Questions are always asked about it on the Blackwell Journal-Tribune’s Facebook about the show’s outcome and “whatever happened to it”, so here’s everything:

The series, “Hunting Jessica”, was produced by the Raman-Martin Film Production company and based on the novels self-published by Oklahoma author Elizabeth St. John.

“Hunting Jessica” takes place in a sleepy Oklahoma town called “Devil’s Bend” which was based on Newkirk, making the small town the perfect place to film.

Several local landmarks and hot spots were used, and the series received the blessing from Newkirk’s tourism groups as well as the Chamber of Commerce.

Initially, it was stated the series would be featured on Netflix but it appears the streamer had initially been interested in it and backed out or discussions just had not continued during production. This was verified in October 2019 as production began with a story in the Newkirk Herald Journal.

At the time, producer (and sister to the author) Lisa Martin stated that the series would be distributed with Walmart, Target, and other online platforms. The 9-episode series was still set to debut in 2020, as of the October 2019 article.

Two years had passed, and the series was nowhere to be found outside of an online presence on the Facebook page for the show. Then, in July 2022, the series dropped a trailer, announcing that it would be streaming on a special channel from the production company, RM Entertainment Channel, on Roku TVs and in Android and Apple app stores.

The trailer was a mini viral hit, with 14,778 views and over 3 thousand likes on YouTube alone, with positive comments abounding. In August, it was released in weekly installments.

The series has been positively received on the internet movie website iMDB with 6.5 stars out of 10 based on around 30 reviews.

It’s worth noting that the series being initially slated (or discussed) for Netflix and not ending up on the streamer is not necessarily a bad thing.

Netflix has, especially in recent years, become the subject of ire among fans as it has a tendency to pick up shows (especially independent productions like Hunting Jessica) and bury them in a hodgepodge of cluttered release windows, acting surprised when no one watches it because it’s released with a batch of other shows and movies, and then axes it immediately.

We saw this over the summer, infact, with the similarly-themed show “First Kill”, an LGBTQ+ vampire tween romance based off an independent book series that was swiftly cancelled with no definitive reason given by the streamer.

RM Entertainment, Hunting Jessicas’ producing company, apparently is already working on another TV series to be filmed in the area, this one titled The Gateway.

So, in a nutshell, the Newkirk TV series “Hunting Jessica” did not disappear into thin-air.

You can stream it now on Roku or other devices by searching for the RM Entertainment Channel.