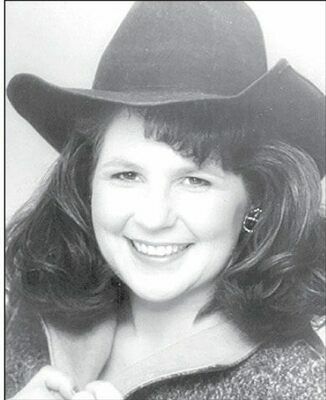 Jacquelin Monique Bringham Engelking, 59, of Newkirk passed away surrounded by loved ones on January 15th, 2023.

Jackie was born on July 19, 1963 to Jack and Donna Bringham in Blackwell, Oklahoma. During her years at Blackwell High School and votech, she worked at both Graves Drug Store and Dairy Queen. During her senior year, Jackie was the Blackwell High School Wrestling Queen and later got to watch her own boys compete in the sport she loved. After graduating from Blackwell High School in 1981, Jackie took a job at the Kay County Courthouse in Newkirk where she would work in the Court Clerk’s Office and the District Attorney’s Office for the next 30+ years before retiring in 2014. In 1986, Jackie met Frank Engelking.

They became an inseparable pair, and married on August 20, 1988. The newly married couple settled in Blackwell for 3 years before moving to the Engelking family homestead in 1991. Moving to the country was a great change of culture for Jackie as she learned to sleep with the windows open, hearing the coyotes and the cows in the night. She also came to know the value of a good dog to tell you someone was there before they knocked on the door. The Engelking family grew in 1993 and again in 1996 when the couple welcomed oldest son Franklin Jacob and then Jared Michael. Jackie’s love of sports continued to grow along with her boys.

Besides wrestling, there were many years of football, baseball, and rodeo. She truly had a great love of life and family. Jackie was a dedicated mother, wife, employee, and friend. She made lifelong connections at the courthouse and still managed to be a devoted wife and mom to two very active boys.

Jackie was preceded in death by her father and her mother. She is survived by her husband, Frank, and their oldest son, Jacob, his wife Alayna, and two grandsons, Cooper and Stetson. She is also survived by her youngest son, Jared, and his girlfriend, Andrea. In addition, Jackie leaves behind two sisters, Lisa White and her husband Clinton, and Shea Erickson. Also mourning her passing will be numerous nieces, nephews, other relatives, and friends. Services are scheduled for 1:00 p.m., Friday, January 20th, at the First Christian Church in Blackwell with Rev. Jeff Koch officiating. Burial will follow in the Newkirk Cemetery.

Visitation will be on Thursday, January 19th from 9:00 a.m to 6:00 p.m. and Friday morning from 9:00 a.m. to 11:00 a.m. at the funeral home. Casketbearers will be Billy Mott, Derry Taylor, Luke Hutchason, Travis Peetoom, Clinton Downs and Ty Downs. A memorial has been established in her honor with Humanity Hospice, 1109 N. Bryant Ave., Suite 100, Edmond, Oklahoma 73034. The family wishes to thank Dr. Holden, the Humanity Hospice staff and family and friends who assisted in her care. On-line condolences can be made at www.robertsandsonfh.com