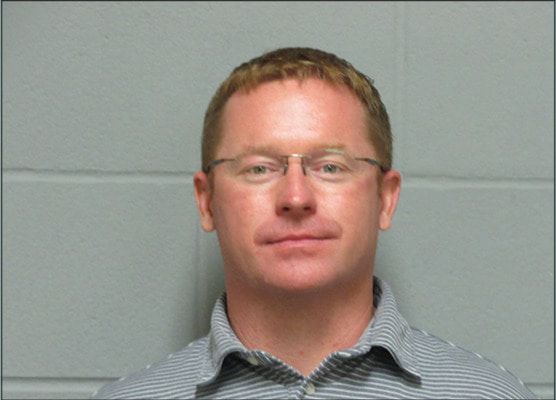 Greenfield was charged with fraud, conspiracy and three counts of embezzlement as it relates to his deals with the city and his now-defunct concrete company that alleges Greenfield collected $129,489.50 between 2015-2017.

The investigation has had several audits with the final one from the Oklahoma State Auditor and Inspector General that was released earlier this year. The report also indicated the purchases were paid with a city credit card that Greenfield signed, and that Greenfield co-signed the payment requests without going to the council for approval.

The affidavit further outlines how when Greenfield liquidated his concrete company in 2018, the City of Tonkawa purchased 116 concrete blocks and two snow plow blades, who then sold them back to Blackwell without ever leaving the yard, with Greenfield allegedly profiting off the transaction.

The audit summary indicates that transactions totaling $129,489.50 in 2015,2016, and 2017 between G&C Concrete and the City of Blackwell appear to violate the Oklahoma Constitution Art. X ss11 in which Greenfield directly profited from payments to G&C Concrete, a company he co-owned. The audit appears to be critical of the use of a city credit card that was used to pay for the purchases.

The charges filed Tuesday confirm the audit summary. Greenfield made his initial court appearance on August 24 and was released on a $500 bond.

Greenfield’s next court date is December 3,2021 for a status conference. Ouithier and Henderson are each charged with a count of conspiracy and fraud as it relates to the concrete block straw purchase transaction that was called out by the audit.

As of press time yesterday, neither man had turned himself into court officials and court records indicate a $5,000 bond is attached to each warrant. The charges filed on August 24 at least for the time being, leaves little doubt that the reviews done by Margaret McMorrow-Love and Special Counsel Stephen Haynes that cost the city $20,000 were correct in their findings.

This whole process has been highly contentious and in the works since 2018. The audit summary also noted that “It became evident that the City of Blackwell had been embroiled in conflict strife, and political turmoil for many years.

The political climate appeared toxic at times and the hostility between council members and selected city officials made it difficult to obtain the unbiased information required to complete our investigation. A significant portion of the information received during the investigation was conflicting, which significantly hindered our ability to confirm the exact circumstances surrounding the transactions being investigated.

The cases are now in the hands of the court system and the Blackwell Journal Tribune will continue to follow the developments as they happen.