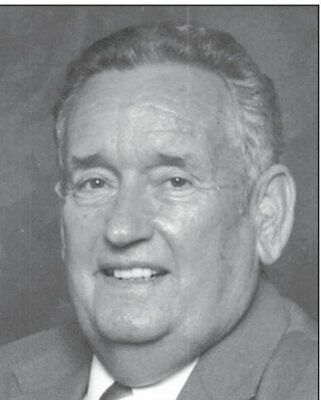 George W. Sexton, Jr., of Braman, Oklahoma, passed away peacefully on September 10, 2022, and entered into the Kingdom of God. Peace comes in knowing he is reunited with his bride, Martie, and his Savior.

We are thankful we will soon be together in heaven. George W. Sexton, Jr. was born on March 5, 1933, in Briartown, Oklahoma the son of George W. Sexton, Sr. and Violet E. (Poole) Sexton. He married Martha Magdeline Norris on November 10, 1951, in Blackwell, Oklahoma. She preceded him in death on March 4, 2017. He was drafted into the United States Army on March 2, 1953 and was honorably discharged on April 13, 1961. He served in the 25th Combat Engineer Battalion. Following his military service, he went to work for the Glass Plant and the Smelter, as well as Dave Morgan Oil and Bob Shepherd. He went on to start his own trucking company, Sexton Trucking. He also worked for LB White Trucking, Head’s Trucking and MNT INC. George was a member of the Braman Methodist Church and Braman American Legion. He enjoyed working, driving his truck, and traveling with his family.

The family will receive friends during a visitation from 6:00 – 8:00 p.m. on Wednesday evening, September 14, 2022, at Roberts and Son Funeral Home. Memorial contributions may be made to the Braman United Methodist Church Ladies, sent in c/o Roberts and Son Funeral Home, 120 W. Padon, Blackwell, Oklahoma 74631. On-line condolences can be made at www.robertsansonfh.com.