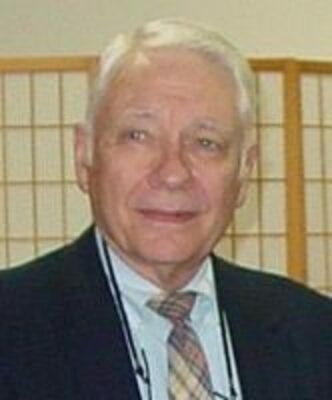 Daniel Joseph Willis went to meet his Lord and Savior on October 14, 2022. He died in his home in Oklahoma City at the age of 86 years. Dan was born on March 9, 1936 in Blackwell Oklahoma at the home of his parents, Phoebe Lavera (Couch) and Victor Leroy Willis.

His parents affectionately called him Danny when he was young. He attended Blackwell schools and graduated from Blackwell High School in 1954 where he was editor of the yearbook and won letters in both football and baseball. As a high school senior he was president of the Hi-Y cabinet, All-District in football and honored as Maroon Spirit for Blackwell High School. While in high school he met the love of his life Sara Lou Smith. They where married on January 25, 1958 in Blackwell. Dan and Sara had three sons, David Jeffery (1959), James Barry (1960) and Joseph Brian (1964). They were married 64 years. He was a devoted husband, father and grandfather.

From a young age he had a love of airplanes and dreamed of flying. In June 1955 he entered the Air Force where he completed Pre-Flight Training School in October 1956, graduating 2nd in a class of 140 plus Aviation Cadets. He then went on to pilot T-28, T-34, B-25 and KC-97 aircraft, eventually rising to the rank of Captian in the Strategic Air Command. After 12 years of Air Force service, he was honorably discharged. Dan continued his love for flying by piloting private aircraft throughout the mid to late 1970s. Dan was a natural at telling the greatest stories about his flying experiances. In 1967, he entered pharmacy school at Southwestern State College, graduating in 1971 with an award for Meritorious Achievement in School of Pharmacy. Dan owned drug stores in St. John, Kansas, Harper, Kansas and finally the Willis Pharmacy located in Blackwell, Oklahoma on South Main street. In 1987, Dan moved to Frankfort, Kentucky to continue his pharmacy career where he retired in 1996. In 2004, he moved back to Oklahoma to be close to family where he was a member of Southern Hills Baptist Church in Oklahoma City.

His hobbies included fishing, golfing, sailing, hunting, trap shooting and reading. During retirement, he enjoyed visiting friends, and building and flying remote controlled aircraft. His last hobby was woodworking in his large shop.

The family wishes to thank everyone for their prayers of support during this difficult time. We also wish to thank Sooner Home Health, Integris Baptist Hospital, and Integris Hospice for their care and support.

In lieu of flowers, memorial contributions may be made to the donor’s favorite charity.